In the ‘post-pc’ era, mobile becomes the channel for brand engagement. How can your brand pioneer and what must you avoid?!

Today, tablets already outsell laptops, smartphones are ubiquitous, and in closing months of 2013 mobile devices finally became the dominant species on planet earth, outnumbering us humans. Yet still only 40% of the world’s population are actually online, meaning things really are just warming up.

Connect these billions of mobiles via the new 4G networks (which can lay waste to home broadband speeds), and it’s little surprise that for many in the West, mobile devices already outstrip PC’s when it comes to time spent online, % of online retail spend and also general content consumption.

So what might this mean for progressive brands and savvy marketeers? Well, aside from the fact that you’re a dead duck if your Digital experience isn’t already built around mobile, this highly trackable platform also offers brands a host of unique opportunities to WOW and win consumers.

A visit last February to the Mobile World Congress 2014 in Barcelona uncovered 2014’s hot topics. Interestingly, aside from the wave of device launches and wearable tech, two things in particular really stood out:

Today, few have heard of haptics, but give it 12 months and we wager you’ll be building haptic response into your content just to keep up with the Jones’.

Tactile feedback in entertainment content/devices is nothing new though. Every day your phone will vibrate discretely to let you know you’re wanted, and consider the impact Dual-Shock had in gaming, and just now normal this seems now!

Its for this reason that the demo of a haptic Nike ad really turned our heads. By upcycling the vibration module that exists in 99% of today’s devices, it’s already possible to build haptics into your ads and branded content, making them deeply immersive (seriously, you have to try it to understand it!).

So imagine creating content that enables a user to ‘feel’ every kick of a ball or roar of a crowd, as they take in the big match (incidentally, in the UK we consume more sports content on mobile than any other type).

Alternatively, picture the delight on the face the person who, for the first time in their life, ‘feels’ a viral or movie trailer rumble into life, enabling them to ‘feel’ the action as they sit on the bus. Who wouldn’t want their campaign to take that cherry? … this is going to be big.

With many brands already interested in pioneering haptic content, and few agencies having even heard of it, brands have a rare chance to take the ball and run with it, changing the game from under competitors. And with giants like Fujitsu already lining up new ranges of haptic enhanced tablets for 2015, this has got to be the next big thing in mobile content experiences. Then consider that mobile is fast becoming the dominant platform for digital and there’s a chance you’re already being left behind! 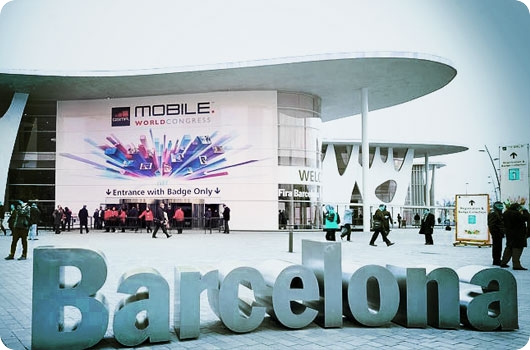